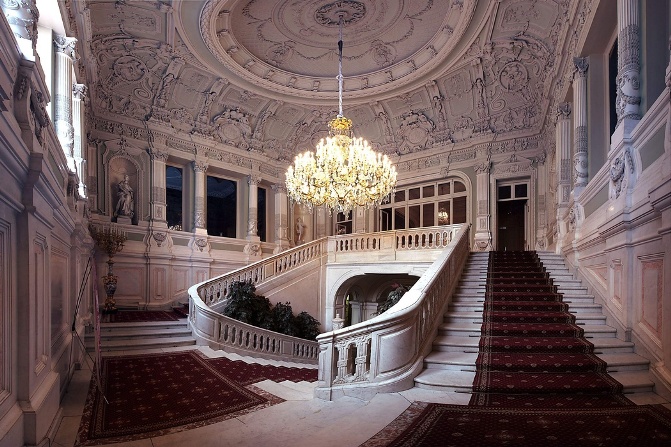 Yusupovsky Palace on the Moika river is one of the most beautiful classicism masterpieces of the 18-20-th centuries. Since 1830 till 1917 the palace was owned by five generations of the Yusupovs noble family. The grand salon, the art gallery halls, the miniature home theatre, living rooms of the Yusupovs family are still preserved in the palace. The splendor of the decorative design of the palace impresses the viewer: the wall painting, marble, mirrors, chandeliers, expensive silks and exquisite furniture are worth admiring. The Palace is interesting also due to historical events, which took place in December of the year 1916. In the cellar of the palace Grigoriy Rasputin, the minion of the emperor’s family was killed by the conspiracy headed by Felix Yusupov. Now the exhibition named “Grigoriy Rasputin: story of life and death” has been organized.