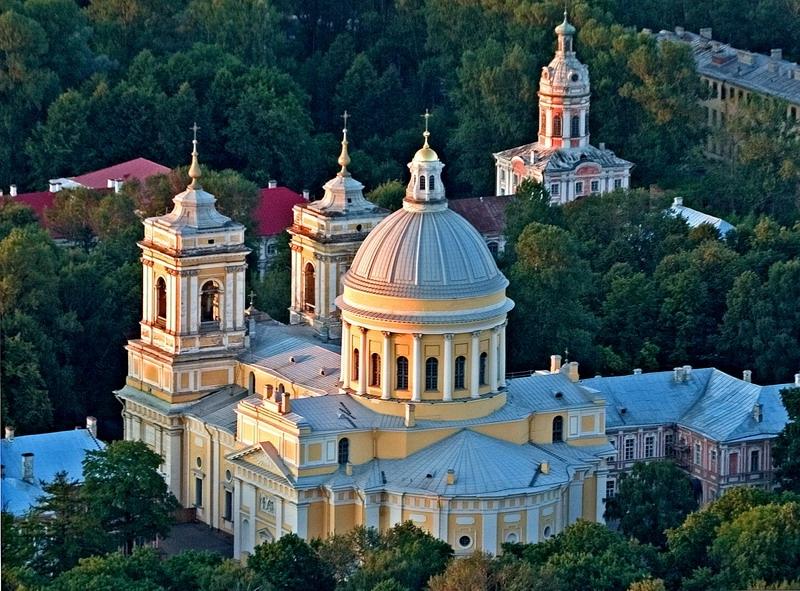 The Holy Trinity Alexander Nevsky Lavra is one of the oldest Saint Petersburg ensembles. This functioning monastery was established in 1710 and named in honor of the great Russian commander Alexander Nevsky, who won a historic victory over the Swedes. The Monastery was built at that part of the Neva River, were the famous Ledovoye Poboische (Ice carnage) took place according to the old legend. The composition centre of the architectural complex is the Holy Trinity Cathedral, built in the period since 1776 till 1790. The remains of Alexander Nevsky are buried here. From the very beginning the Alexander Nevsky Lavra got the status of the most prestigious burial place in Imperial Russia. The members of royal family, priests, outstanding governors and commanders were buried there.