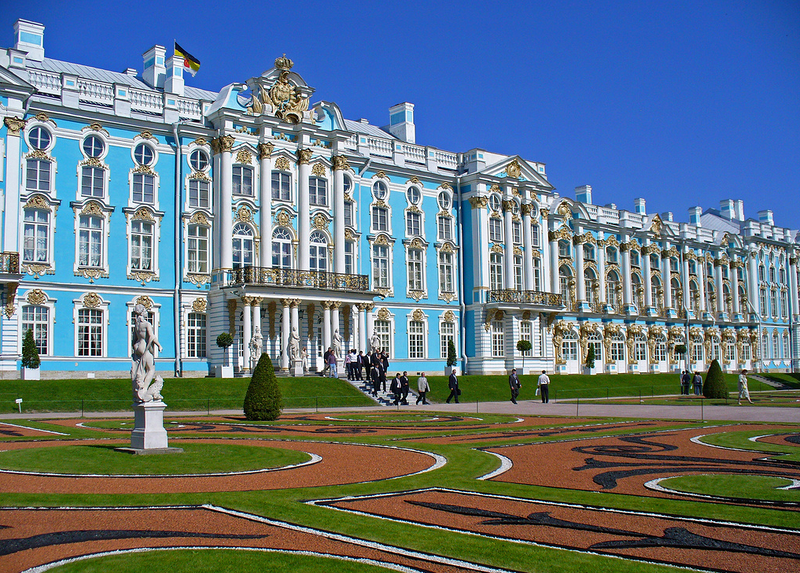 Pushkin (Reserve Museum Tsarskoye Selo) is the memorial of world culture and Garden and Park art of the 18-th early 20-th centuries. For two centuries Tsarskoye selo was considered the main emperor’s residence. From 1811 to 1843 the Tsarskoselsky Imperial lyceum was situated here, in the lyceum A.Pushkin was brought up.
The centre of the complex is Ekaterininsky Palace. The most impressive sights are the Big palace hall interior and the “Golden enfilade” – the suite of halls which include the world famous restored “Amber room”. Alexandrovskiy palace became a country residence of the last Russian tsar Nikolai II. There are more than 100 architectural constructions (magnificent palaces and monuments, pavilions, bridges, various marble monuments and exotic buildings) situated on 300 hectare territory of Ekaterininsky and Alexandrovskiy parks.