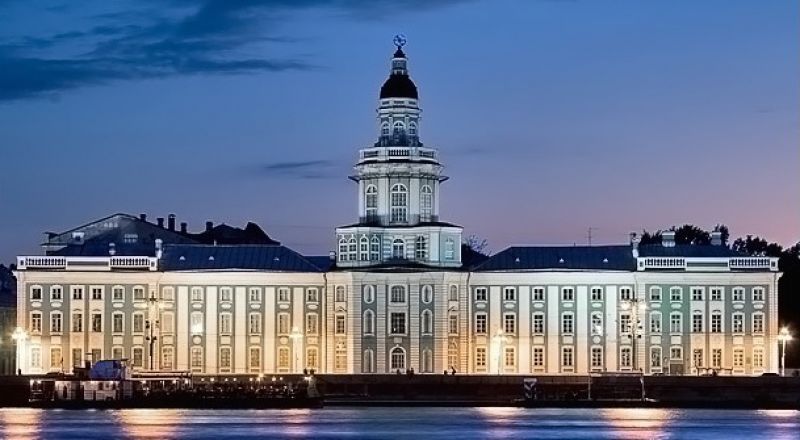 Kunstkammer/Chamber of curiosities (The museum of Anthropology and Ethnography named after Peter the Great) is the museum founded in accordance with the edict of Peter I and aimed at collecting and examining the rare specimens, produced by nature or created by humans. Since the 17-th century Kunstkammer building became the symbol of the Russian Academy of Arts. For more than three centuries the museum collection has been growing and extending. At present there are more than one million items in the museum collection, which reflects cultural diversity of the people, inhabiting the Old and the New World.